Jeremy Begin is the writer (colorist, and letterer) of the AFTER THE DREAM comic books and the author of Fighting for G.O.D. – Gold, Oil and Drugs, a graphic novel revelation about 9/11 and the global elite. He is a long-time activist / organizer who has a degree in writing from Hampshire College. He currently resides in California’s Bay Area.

Jeremy was our guest on PsiOp-Radio in August 2010. (MP3 Podcast Archive)

“After the Dream is a dark, realistic science-fiction series about the damaged survivors of a covert program which has used unwitting humans as test subjects in the pursuit of mind control, truth serums, and psychic powers. While the program has failed to produce any psychic or super-powered individuals, it has left a trail of broken lives and minds in its wake. The series follows two parallel story arcs, a young schizophrenic woman named Rhyda Izguerra in the present day, and a young man named Balum in a dystopian near future. Rhyda is aided by repentant drug researcher Gregory Kincaid, and together they work to save other victims of the illicit experimentation. Balum, meanwhile, is taking a more proactive approach, rallying various dissidents to directly attack the shadowy corporation which is behind the program. After the Dream is a work in progress which is envisioned to be a 24-issue monthly series.” 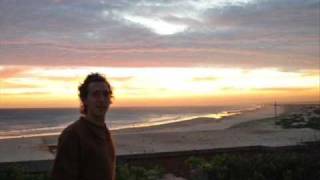